For this first shot on the 23rd the lens is pointed West to include Venus (thickest trail bottom center) and Jupiter (just below Venus). 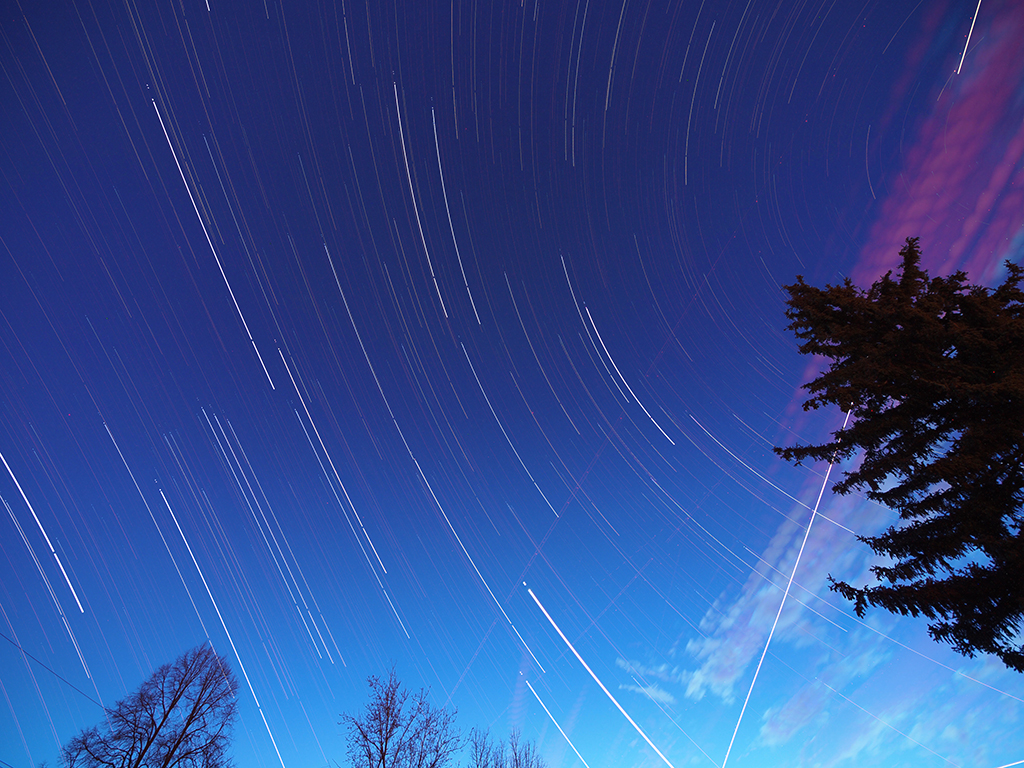 The second shot on the 24th I was at my limit of available space in the yard to get that Polaris directly above the tree top and it’s not too far off, though I could have used another foot. Orginally I wanted the Polaris positioned directly behind the tree’s mid section but couldn’t block out other yard obstructions to achieve that without losing the wide angle and I wanted to retain Venus and Jupiter before they were too far apart so I figured I’d save that for another atttempt. As it was I was out there with the pruning sheers clipping quite a lot of the neighbor’s encroaching bush and still had to shoot at 8mm rather than the 7mm I used the night before. 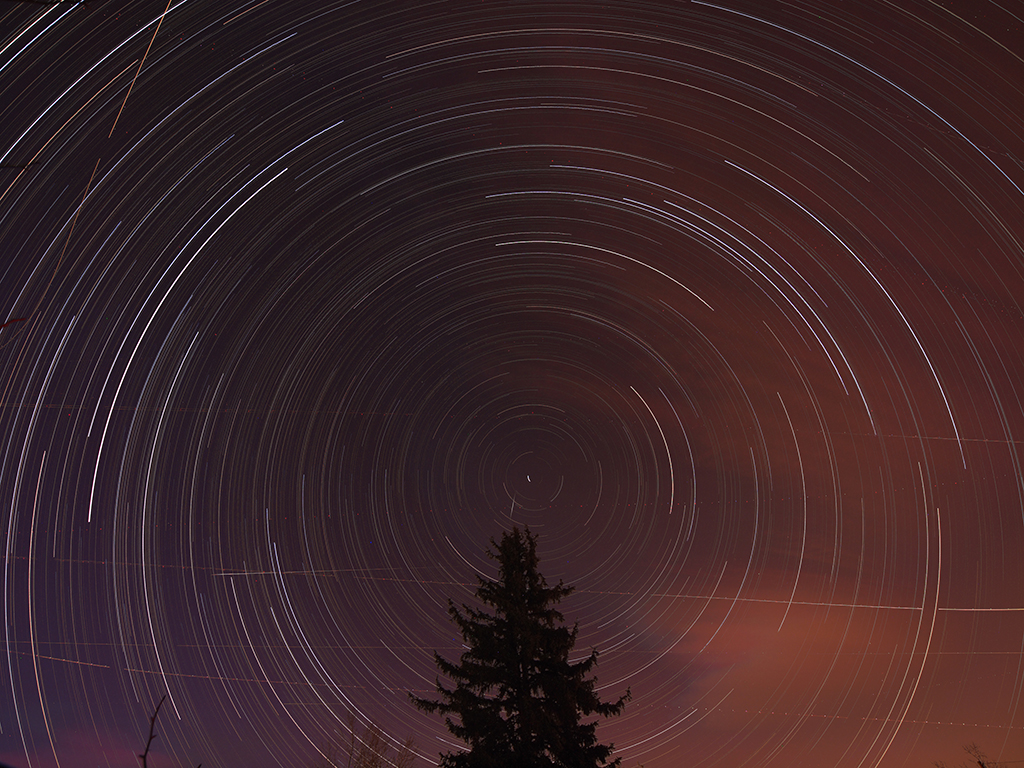